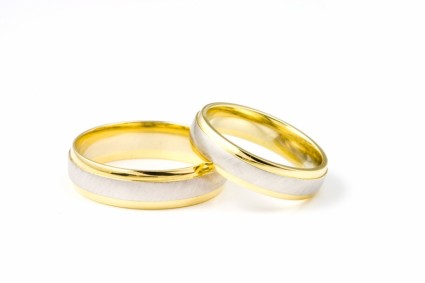 When a marriage is coming to an end, often one of the most difficult and painful parts of the process is the initial physical separation.  Even in an amicable situation, where both spouses agree that it is time to split, the logistics and economics of achieving the physical separation can be daunting at least.  Many times, there is not enough money to carry the burden of an apartment for the exiting spouse, while still paying the mortgage and the other pre-existing marital expenses.  Other times, spouses cannot agree on who should be the one to leave, how the bills should be divvied up, and what should be done with the assets.  The inability to agree can often lead to deadlock.

Often times, a potential client will come in and say “my spouse and I are separated, I have been living in the basement for 4 months.”  In these situations a person is often hopeful that the Court may help them achieve what they have been unable to, a physical separation on terms more favourable to them.

But Maryland law has long held that a physical separation of the parties in necessary to begin the running of the mandatory one-year period required for what may be called a “no fault” divorce.  If circumstances that would entitle a spouse to an immediate absolute divorce, such as abuse or adultery do not exist, parties seeking final severance of their marriage must live apart for at least one year.  As difficult as it may be to make the physical break, it has been a clear requirement for many years.

The 2006 case of Ricketts v. Ricketts (393 Md. 479) appears to have created loophole in the steadfast requirement for a physical separation.  In that case, the husband and wife had moved to separate bedrooms after one spouse had stated that she would never resume marital relations with the other.

The Court allowed the divorce to proceed, even though they had been living under the same roof, under the theory of constructive desertion, stating: it is “constructive desertion,  as ground for divorce, when the misconduct of one spouse makes it impossible for the other to continue to live with the erring spouse without loss of his or her health or self-respect or gives reasonable apprehension of bodily injury, justifying the innocent spouse in leaving the other.”  The Court found that the final decision by one spouse to never be intimate with the other again created a situation of desertion.  The Court went on to state that constructive desertion, where there was an emotional rather than a physical removal of one spouse from the marriage, could be grounds for a divorce even though the parties still resided on the same house.
But while the Ricketts decision seems to indicate that a couple may be able to begin a legal separation while residing in the same home, Maryland Courts have been reluctant to adopt this holding as a matter of practice.  At a recent meeting in Howard County I was informed that the judge’s there have stated that they would not follow the Ricketts decision.

Therefore, what might seem a boon to a spouse seeking separation, can in fact complicate the process.  Litigants who rely on Ricketts do so at their peril, and may end up expending greater resources in advancing a losing position, and then being forced to physically split anyway.  Due to the uncertainty of outcome of a divorce proceeding based on Ricketts, the best way to achieve a “no fault” divorce is still to begin with a physical separation.